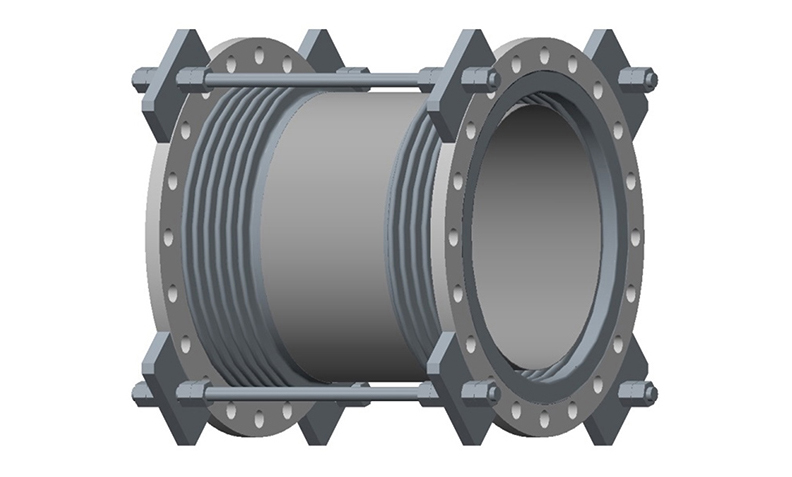 This consists of two bellows joined by a common connector, but unlike the double joint, this connector is not anchored to the structure.  This permits the universal expansion joint to absorb any combination of three basic movements – axial, lateral, and angular.  A universal joint is installed to accommodate lateral movements that are too great to be handled by a single expansion joint.

Universal expansion joints usually have tie rods that eliminate pressure thrust from the pipe system and limit movement to angulation and lateral offset. These joints find increasing use in steam and hot water distribution systems because there are impressive cost savings for the large amounts of movement they can absorb with a minimum of guiding and anchoring. 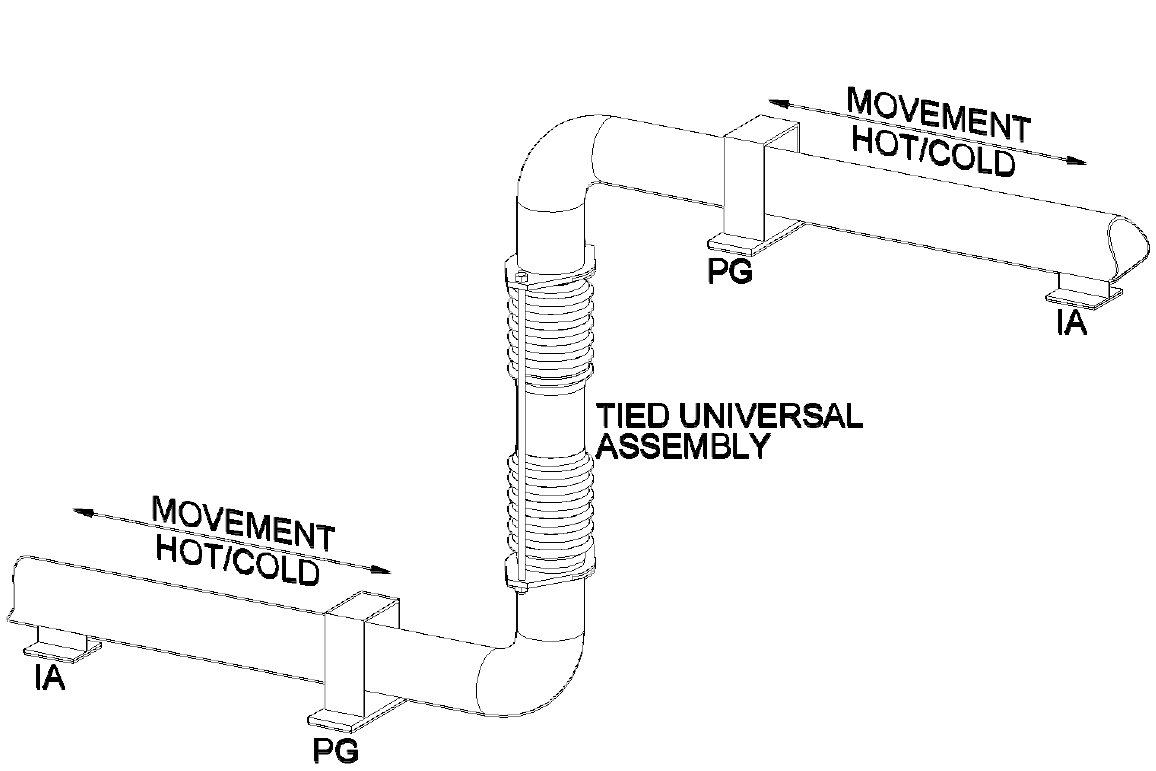 This figure illustrates a universal expansion joint used to absorb lateral deflection in a single plane Z bend.  Both anchors are intermediate anchors since the pressure loading is absorbed by the tie rods.  Only directional guiding, if any, is required since the compressive load on the pipe consists only of the force necessary to deflect the expansion joint.

Where dimensionally feasible, the expansion joint should be designed to fill the entire offset leg so that its expansion is absorbed within the tie rods as axial movement. Keeping maximum distance between the bellows ensures low offset forces on connecting equipment. 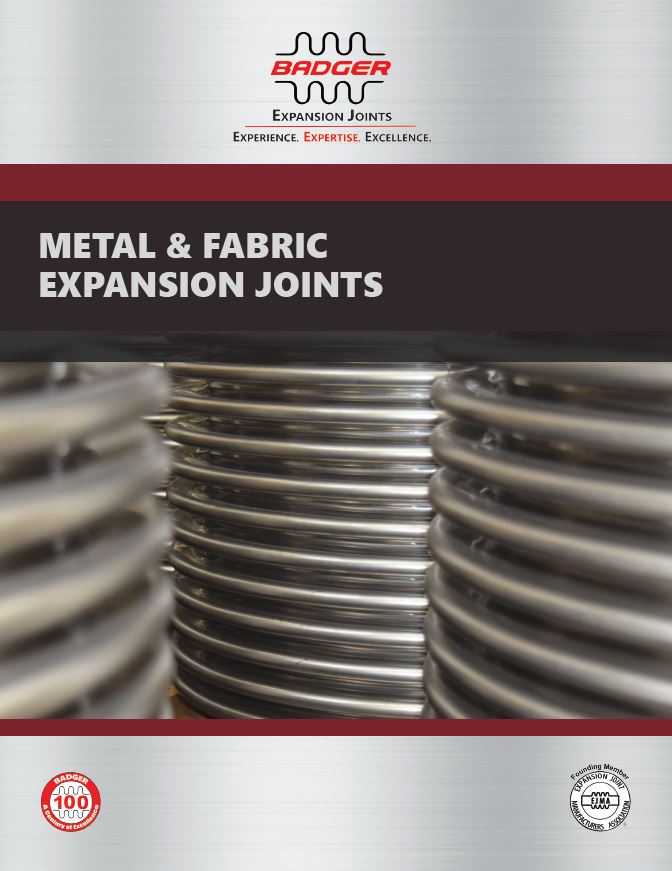