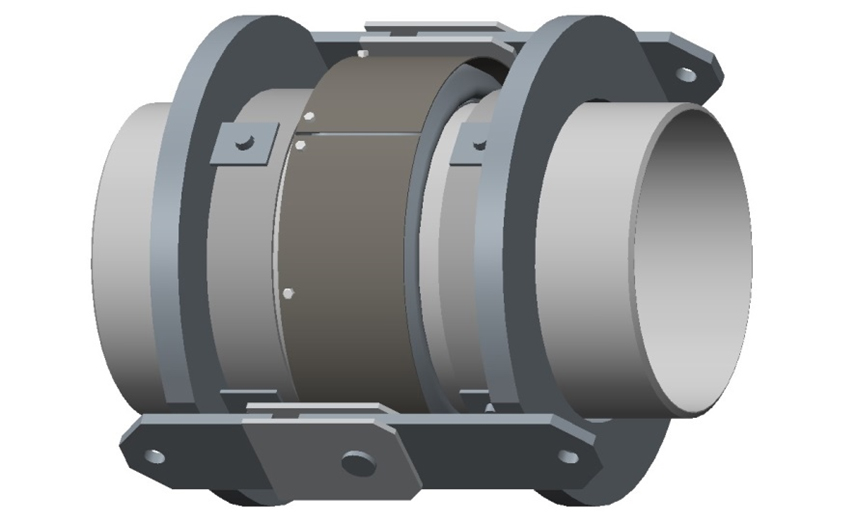 Hinged joints are used in sets of two or three, to absorb pipe movement in one or more directions in a single plane piping system. Each individual joint in the system is restricted to pure angular rotation by its hinges.  However, each pair of hinged joints, separated by a section of piping, will act together to absorb lateral deflection in much the same manner as a universal expansion joint in a single plane application.

Expansion joint hinges are designed to transmit the full pressure thrust of the expansion joint and, in addition, may be designed to support the weight of piping and equipment, absorb thermal loads, wind loads and other external forces.  A hinged system permits large movements to be absorbed with minimal anchor forces. 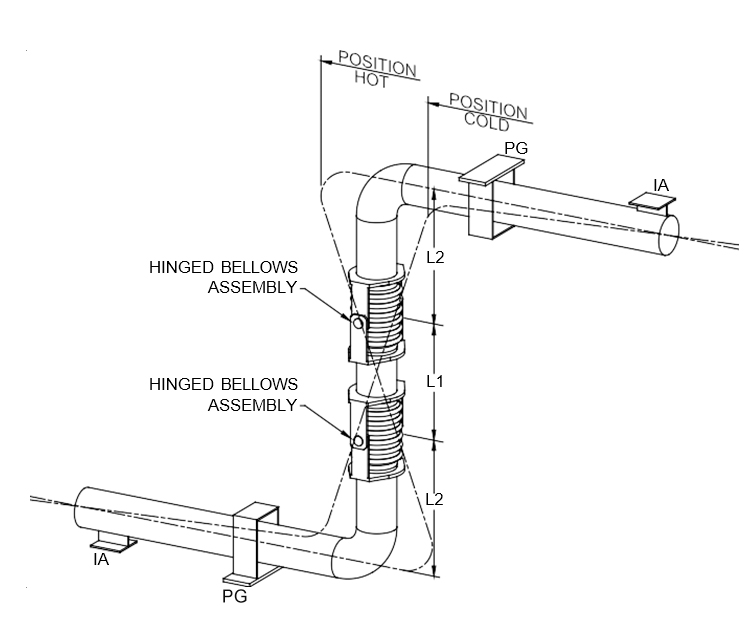 This figure illustrates a two-hinge expansion joint system.  In this application the expansion joints will absorb only the differential vertical growth between the vessel and pipe riser.  Any horizontal movement due to piping expansion, vibration, wind loads, etc., will be absorbed by bending of the vertical pipe leg.  A planar guide may be installed near the top of the vessel to protect the hinged joints from wind loads at right angles to the plane of the piping.