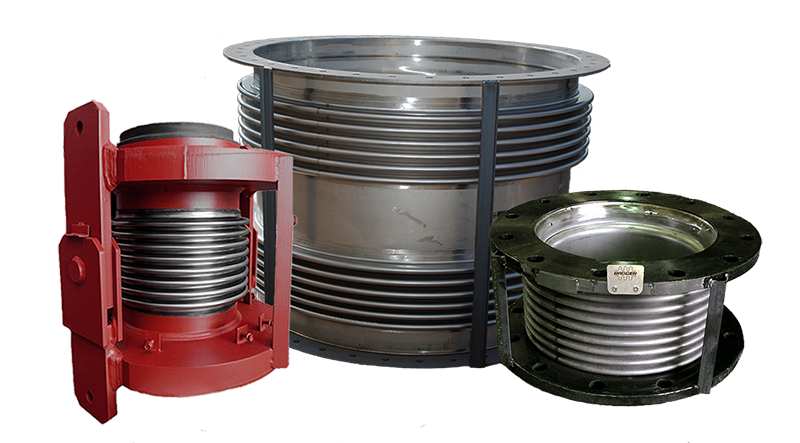 By design, metal bellows reduce the stress from thermal movement in piping systems and pressure vessels by compressing or expanding at elevated or reduced temperatures

There are (3) main types of movements that can be absorbed by metal bellows:

Axial movement is the change in free length of the bellows along its longitudinal axis. Compression is expressed as negative (-) and Extension as positive (+). Axial spring rates are expressed in pounds-force per inch (lbf/in.) of movement. 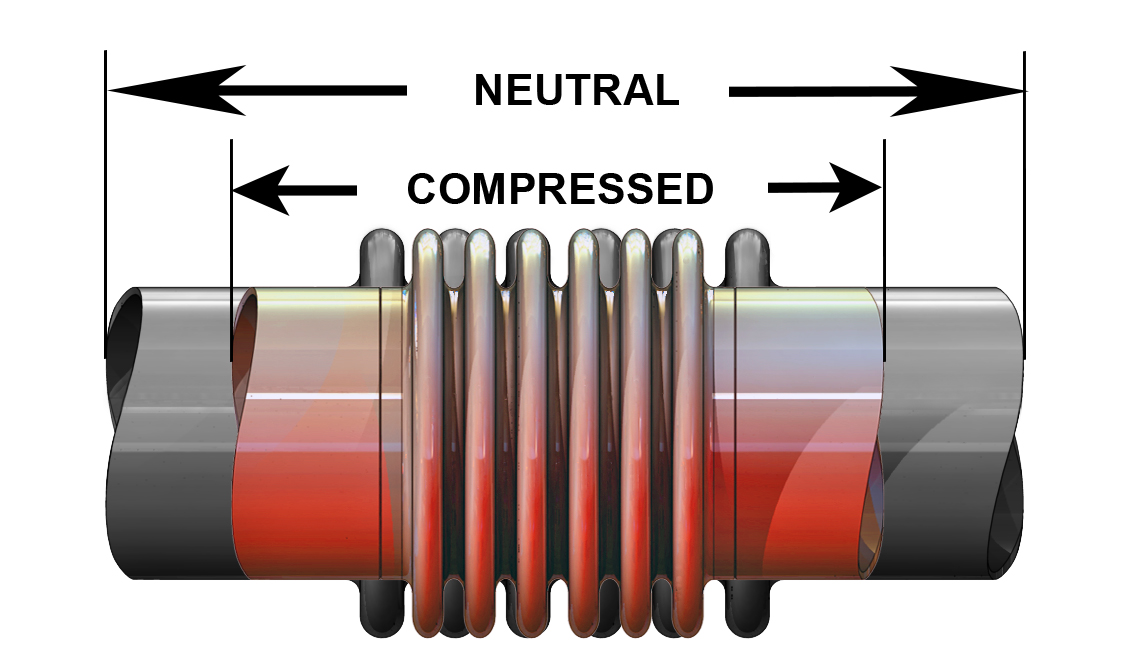 Angular movement is the bending of the metal bellows longitudinal axis into an arc. While the convolutions at the innermost point are in compression (-), those furthest away are in extension (+). Angular spring rates are expressed in inch pounds force - inch per degree (lbf-in/deg.) of movement. 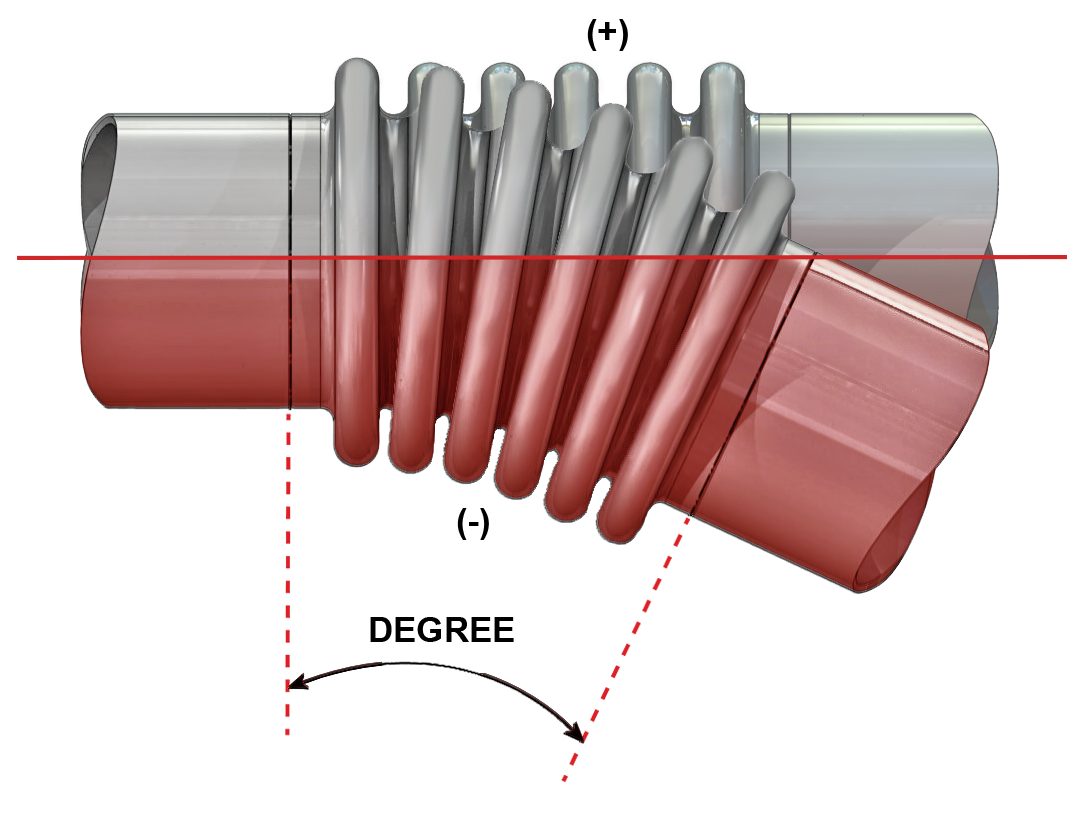 Lateral movement is the relative displacement of one end of the bellows to the other end perpendicular to its longitudinal axis. Lateral movement can be imposed on a single bellows or across two bellows for greater offset movements and much lower offset forces. The units for lateral spring rates are in pounds-force per inch (lbf/ in.) of movement. 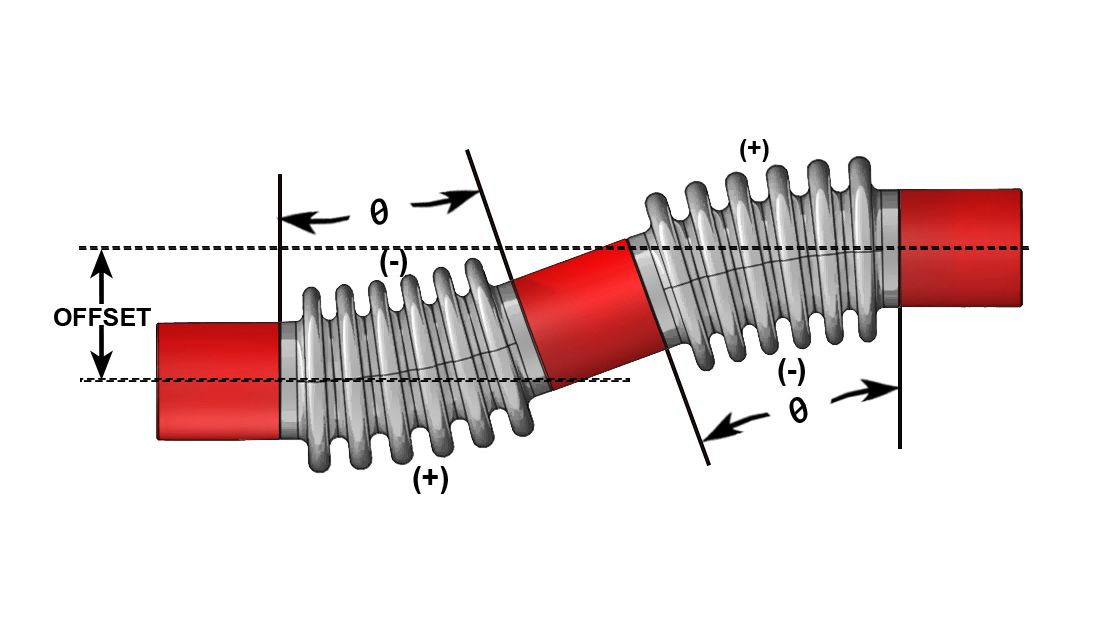 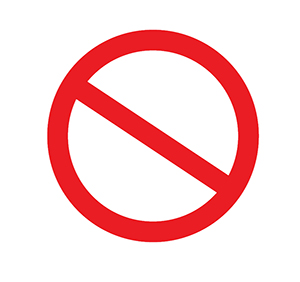 Metal bellows cannot absorb torsional motion or twisting; however, they can be designed to resist torsional force. 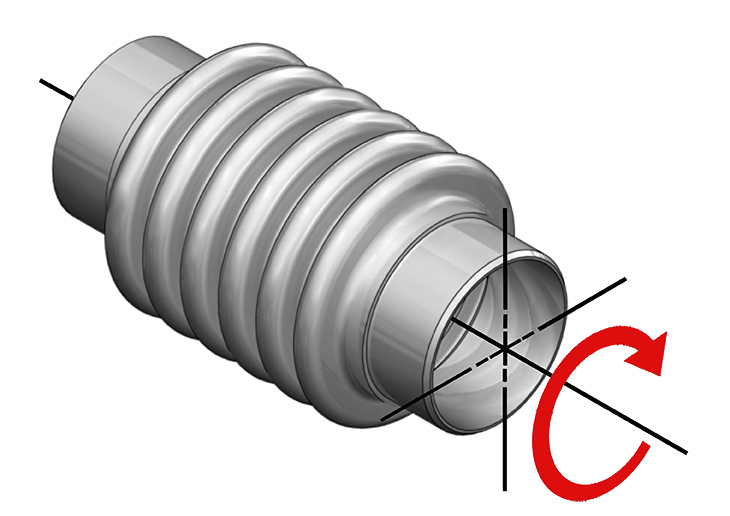 Resonant vibration can cause immediate failure of metal bellows. Metal bellows must be designed not to react to vibration loads in piping and ducting systems imposed by rotating equipment. 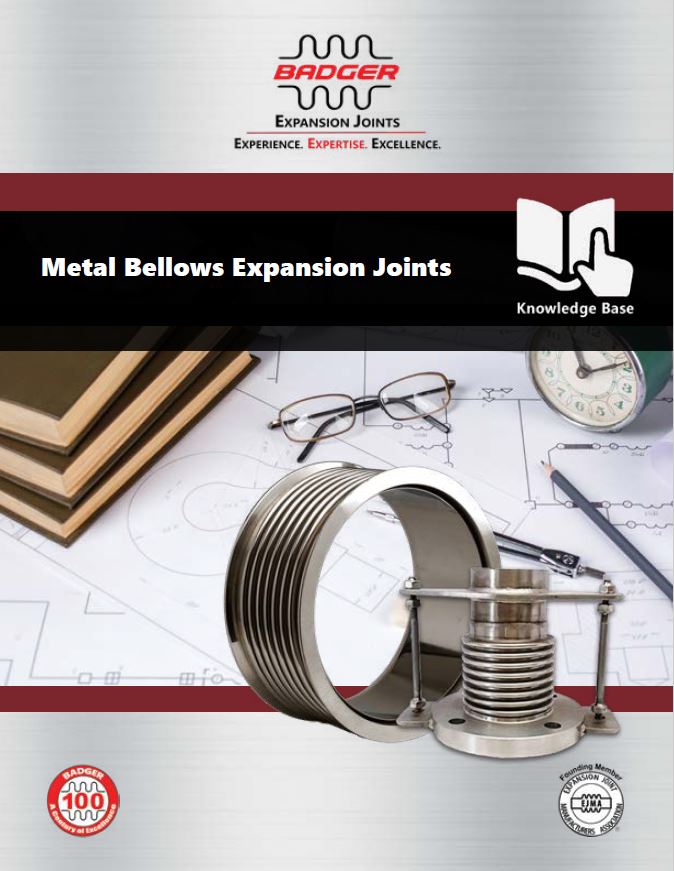